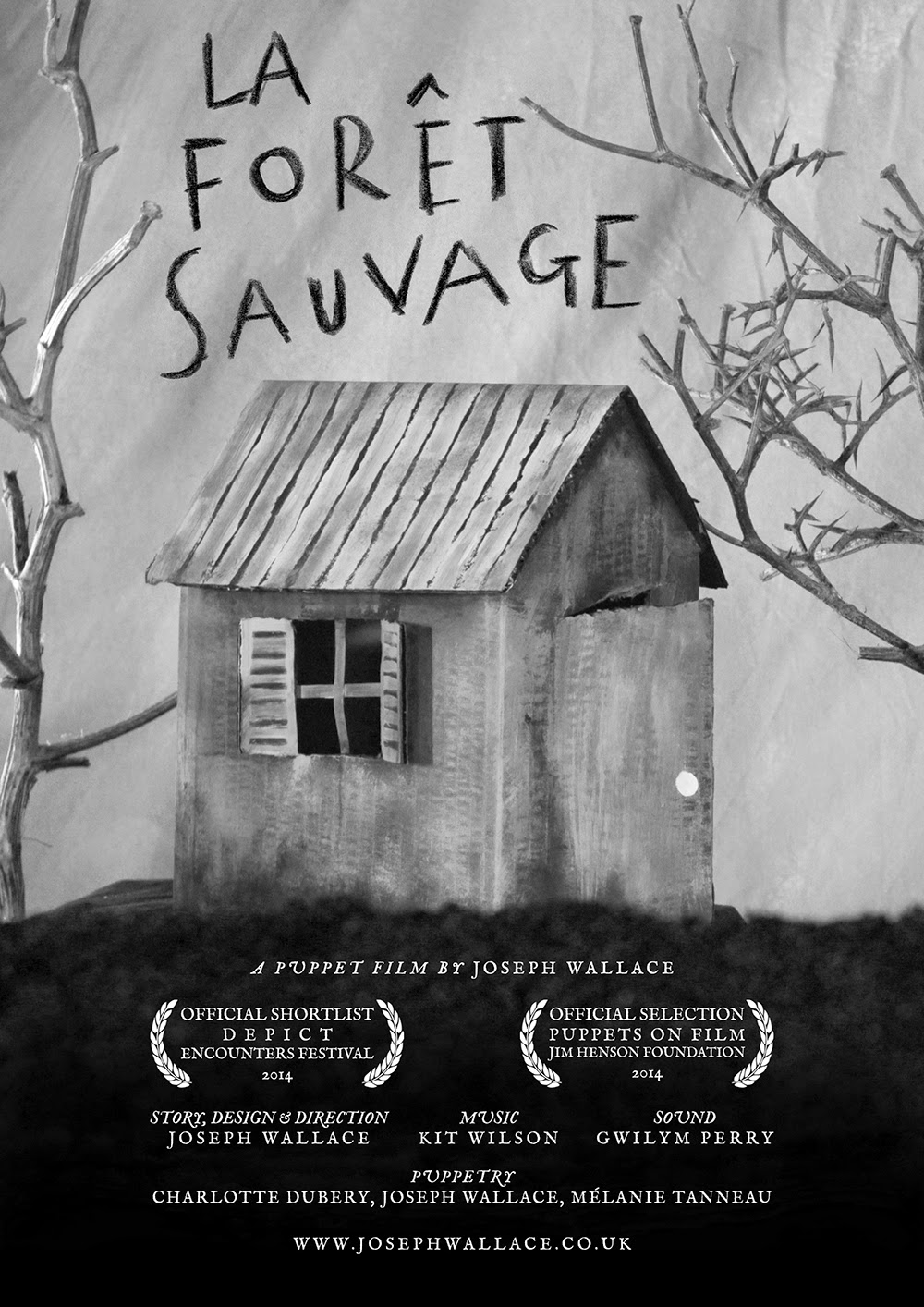 I always think it's interesting to be able to see behind the scenes on projects, especially when the process is practical and involves constructing a miniature world for the camera. La Forêt Sauvage marks my first foray into real time puppet films. I have made several puppet animations and used puppets on stage often but not in any live action pieces. I approached the film much the same as I would an animation. It was just significantly faster.

I started developing the film at Caravel Collective in France where I had spent the year working in my own film collective creating various film and animation works. I wanted to bring together various elements I had been exploring including visual storytelling, the history of theatrical puppetry and black and white cinema. I was also inspired by two great exhibitions; Metamorfosis at the CCCB in Barcelona which featured a holistic collection of puppets and objects by Ladislas Starewitch, Jan Švankmajer and the Brothers Quay as well as an exhibition of sculptures by Jean-Paul Van der Elst at the Scènes Ouvertes À L'Insolite Puppetry Festival in Paris. 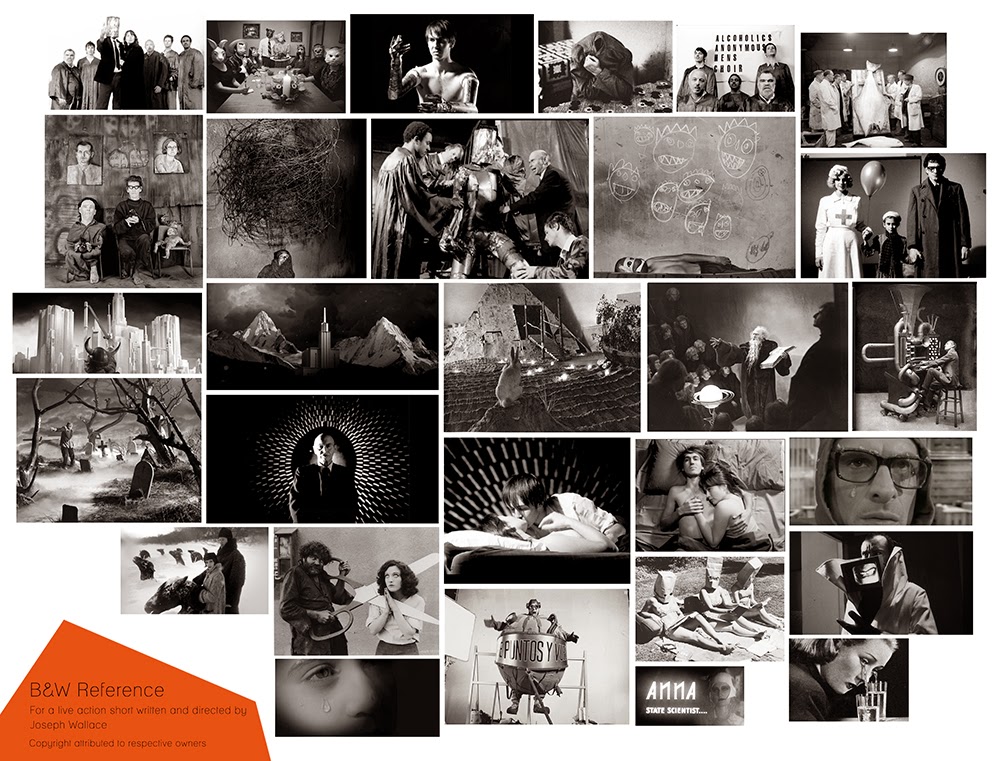 Working in black and white suited the hands on approach and tight deadline. It seemed to simplify everything; focussing on movement, light and shape and relieved concerns over colour and its related implications. One of the benefits when making animation work is that you can create a world and define an aesthetic from the ground up. You create every detail and manipulate the visuals to enhance emotion, evoke character and talk of the piece's themes. Live action puppetry offers the filmmaker a similar approach and so Forêt looks like an animation but the quality of movement is very different.

The process of making the film was fast and fluid and came out of a period of research and development with two Lecoq School graduates Mélanie Tanneau and Charlotte Dubery. We played with various puppet ideas and shot test footage for other concepts before hitting on the hand puppets. I had already made one head which Mél responded to by making a costume. I then made the farmer and we devised the story as we worked out who these characters were and how they might interact. 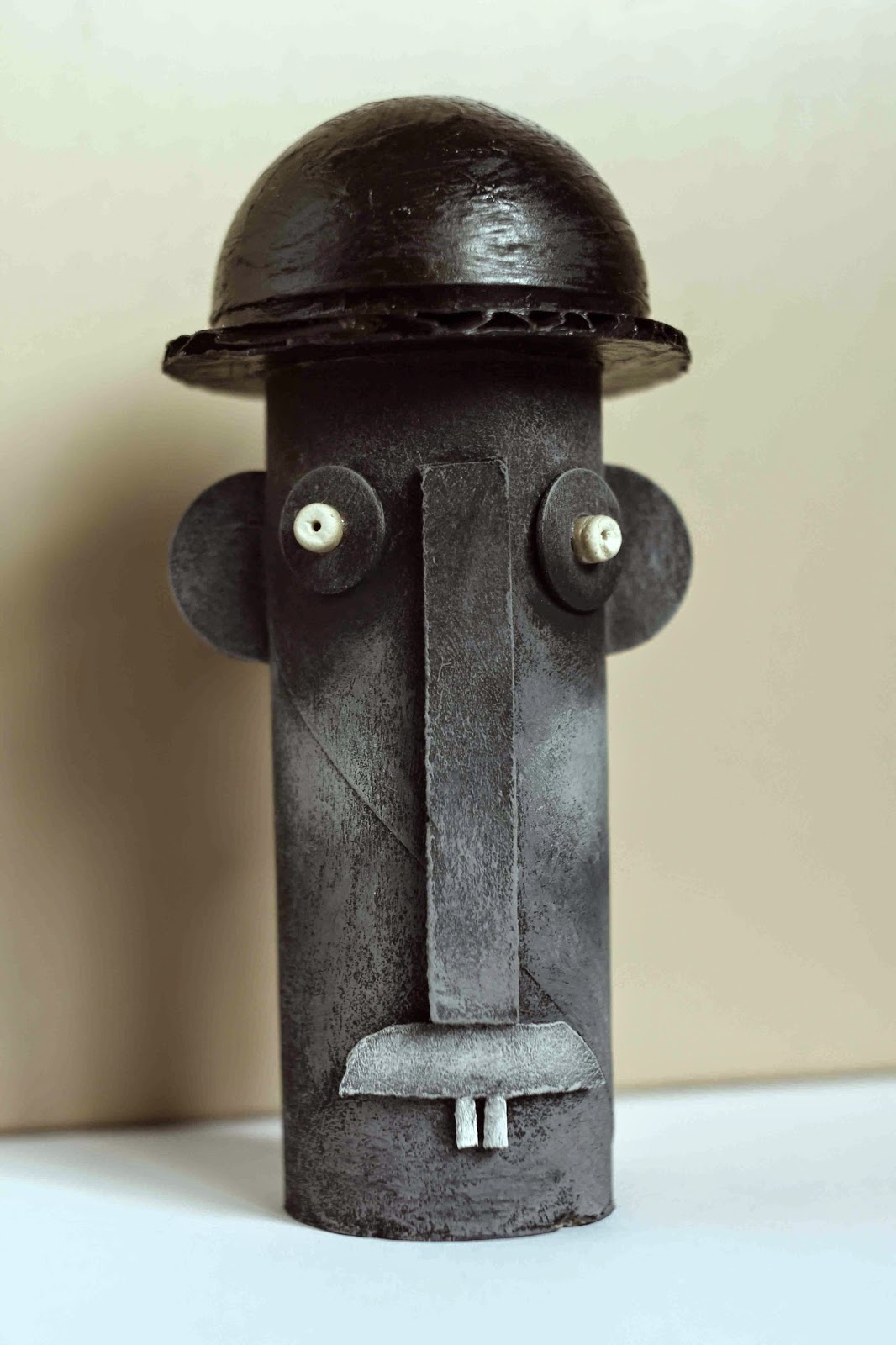 Heads up - the sculptural starting point

I wanted to find a visual narrative that was open to interpretation as to who the characters are and what their relationship might be but that also had a definite sense of conflict through their actions. The film harks back to the origins of Punch and Judy and Guignol where everyman characters would rise up against or mock high status members of the establishment. Forêt touches on the idea of overbearing authority as well as ownership and greed. Everything in the film is made from recycled materials. The spikey trees were gathered on a previous trip to a local beach in the South of France by Péter Vácz and me, the house was made from Amazon packaging, the sky was painted onto discarded canvas, the dark earth is horse manure. The puppets are made from all sorts including toilet rolls, fabric scraps, corks, washers and other found objects. In the end the characters have ended up bearing a resemblance to the hand puppets German painter Paul Klee once made for this son Felix which I have always admired. 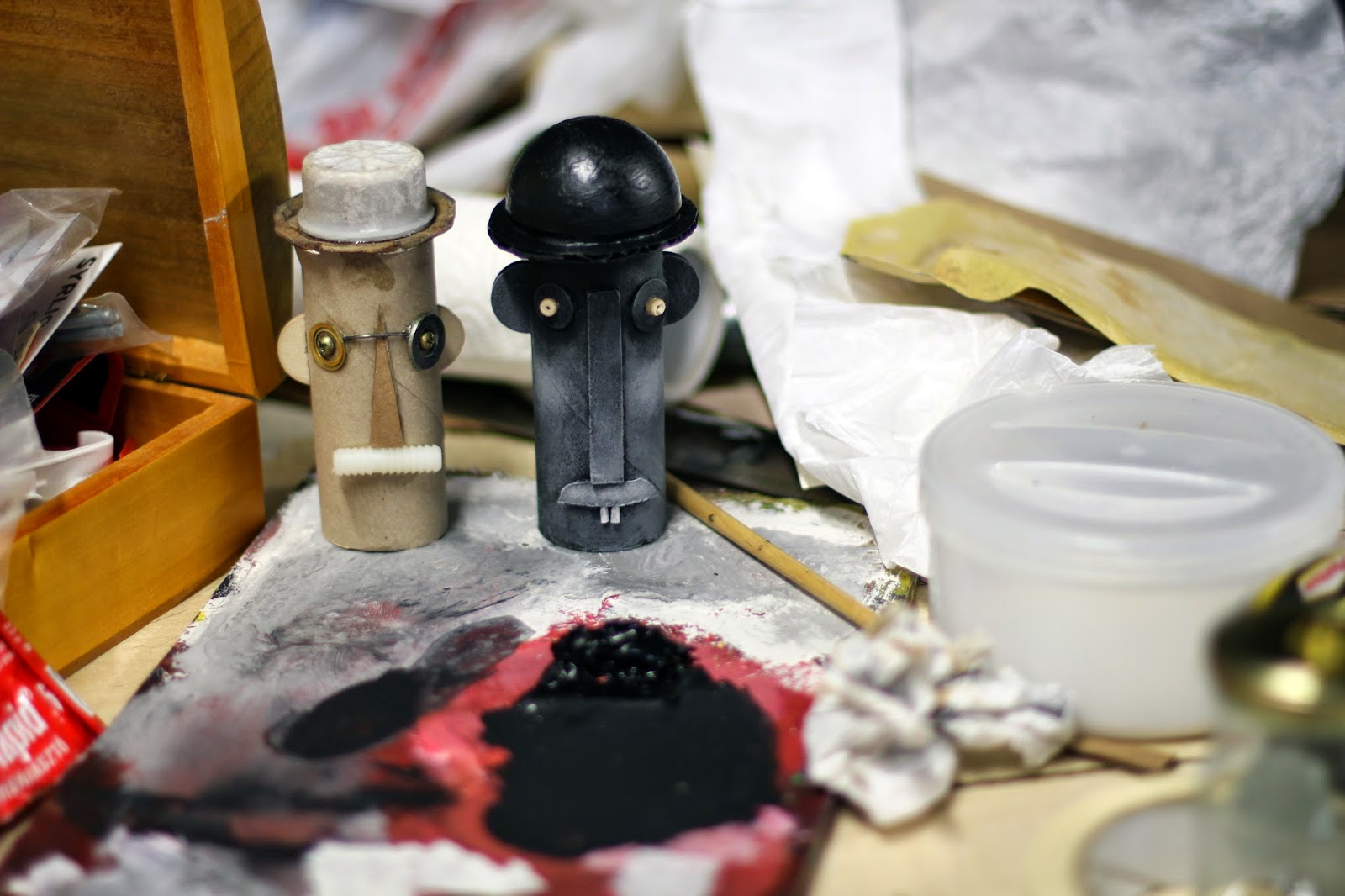 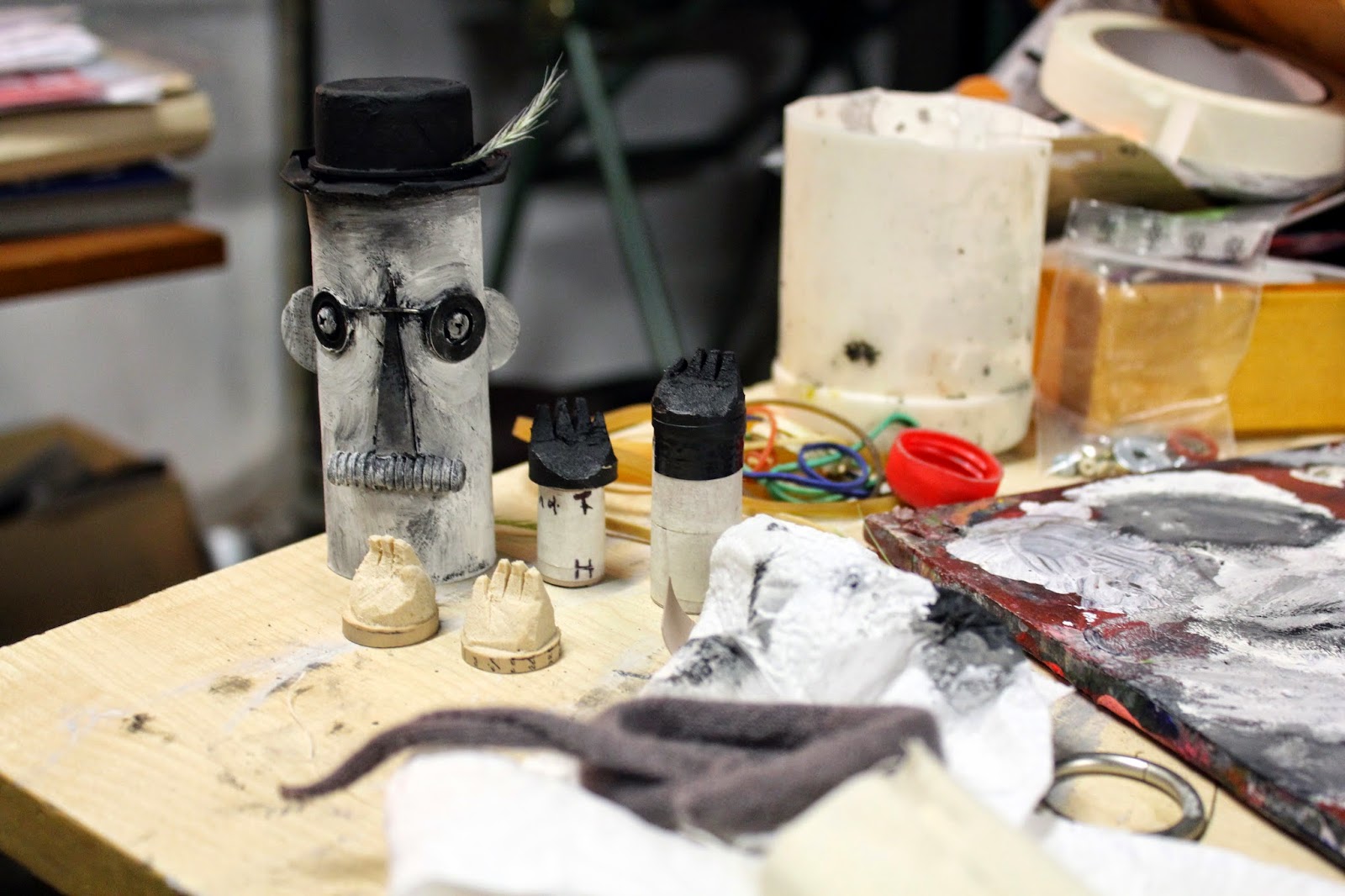 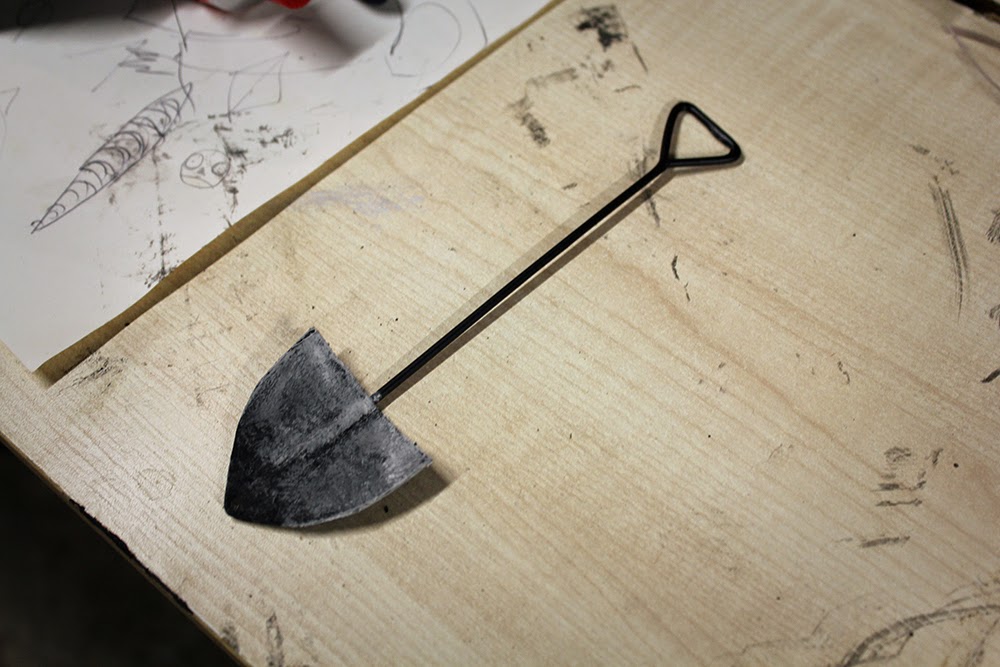 We shot the film using a relatively simple set up. We filmed on my Canon 60d with various manual lenses and used Ikea posable lamps and plasterers lamps to light the sets. We had a raised table with a monitor below so that the puppeteers could crouch beneath to manipulate the characters and watch their own movements. I used a mattress to protect the puppeteers knees, an ironing board and stools to position the lights and the my laptop mirrored the camera view so I could preview all of the footage as we shot. 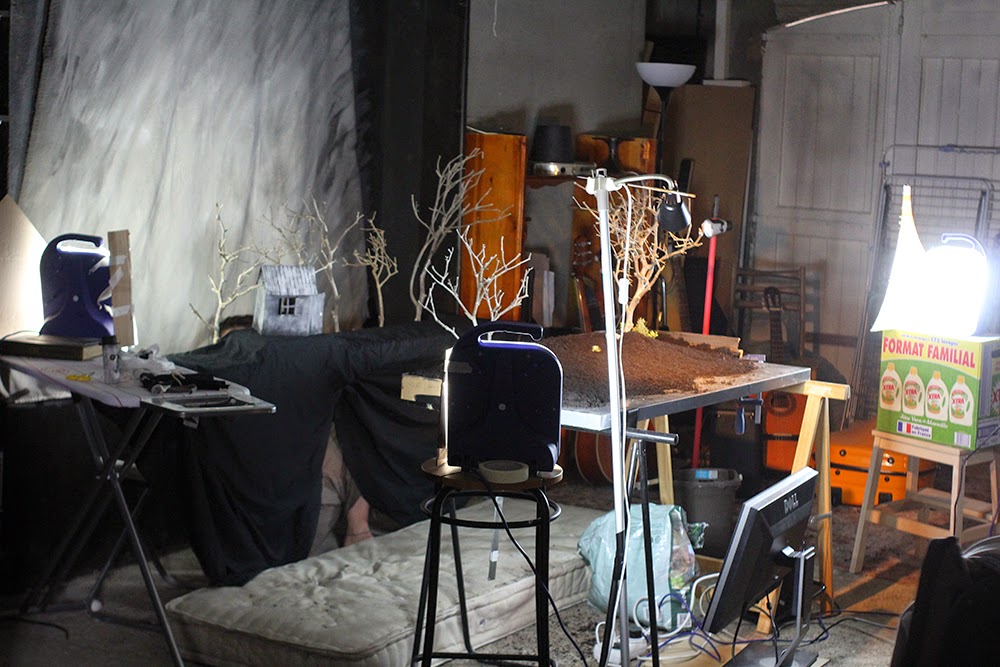 Back in the UK I collaborated with an excellent new company Doppler and Dubbs who do sound post production, led by Gwilym Perry. Gwilym created dynamic and visceral foley and aural design which punctuates the story and gives a tangible sense of the world. I also worked with my long-term creative collaborator; composer Kit Wilson. La Forêt marks our forth film collaboration together and the style of the music came about from the idea of developing themes for each character, externalising the characters emotions and creating a dialogue between two opposing musical notions. Kit is one of my favourite musicians and his unique music never ceases to amaze me. The sound and music together complete the film and draw the audience into the world the characters inhabit and tell the story as much as the visuals. You can read more about the way I collaborate with composers here and listen to the Sound of Media Podcast I did here. 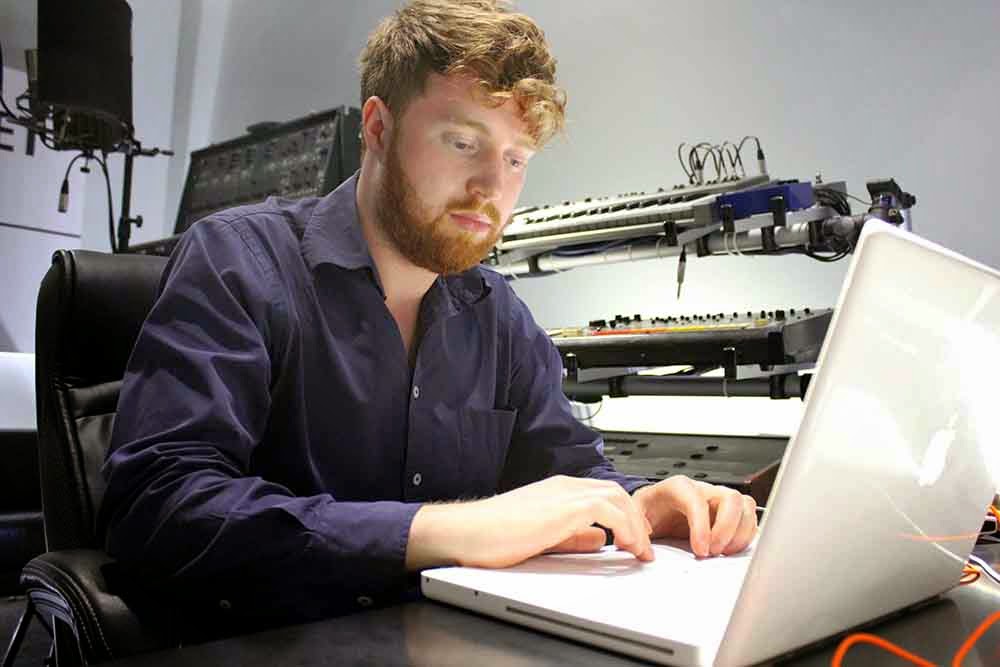 I made the film to enter into the DepicT 90 Second Film Competition which is run by Watershed and Encounters Festival in Bristol. The minute and a half format is a great challenge and my stop motion film Showdown at Yohoko Valley was also shortlisted back in 2007. Amazingly, out of nearly 600 entries, Forêt has been shortlisted for DepicT 2014. I'm also thrilled to announce that the film has made the official selection at Jim Henson's Puppets on Film Festival in New York. You can watch, vote for, and comment on La Forêt Sauvage by clicking on the image below. Thanks for your support. 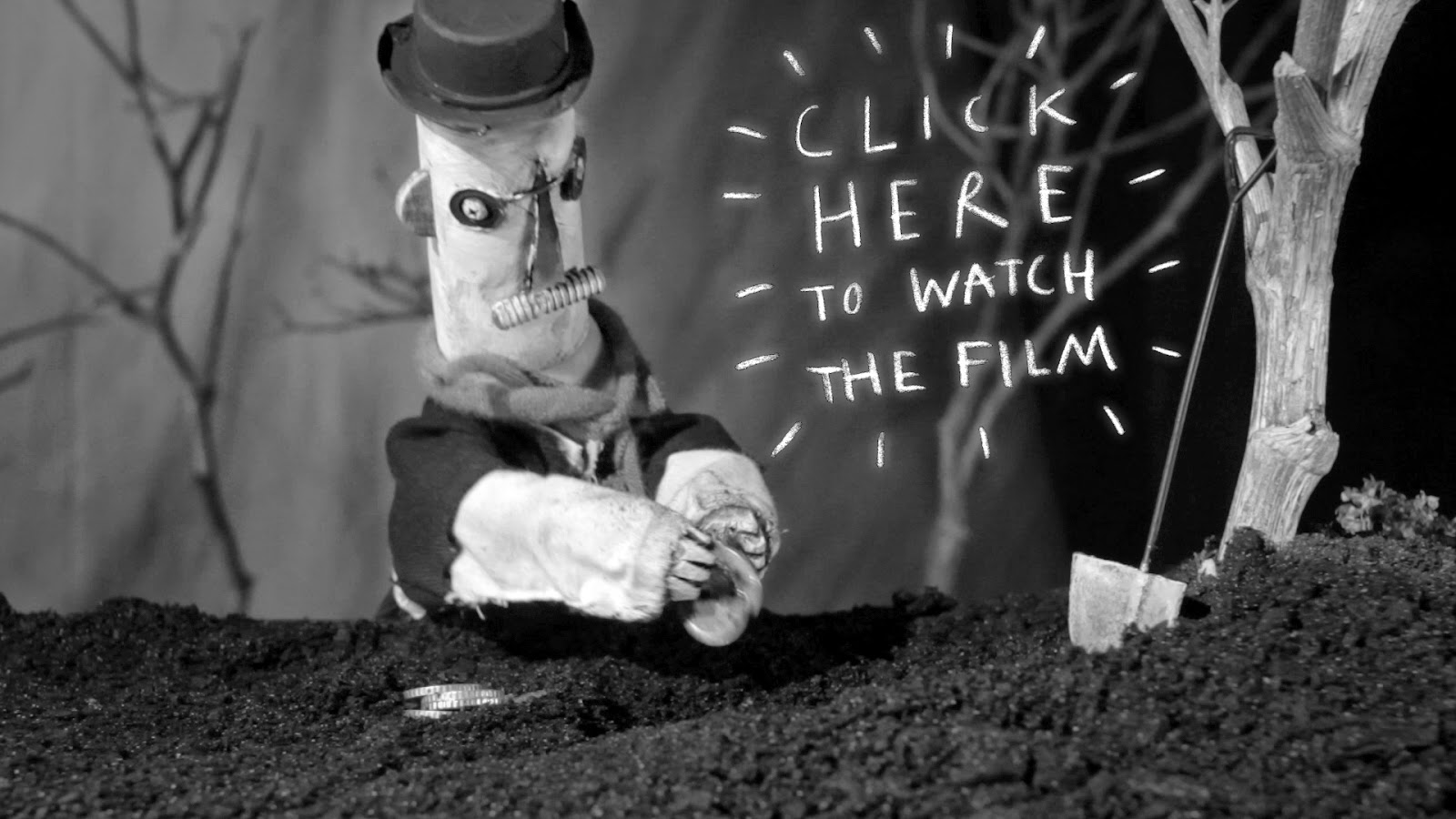 Thank you for sharing your process. I found it fascinating and helpful; I am new to the analysis and creation of film.

I neglected to say that I thoroughly enjoyed your short film; the music, puppets, puppetry, mood and story.

Nice post! Well written !! I have got the best insights regarding. I look forward to reading many more informative posts similar to this. Thanks for the update.This Blog is interesting and please checkout for more information Netsuite Implementation.

I am looking for such a knowledgeable post now I got it. I get many insights regarding this. Also look into get more about NetSuite Consulting