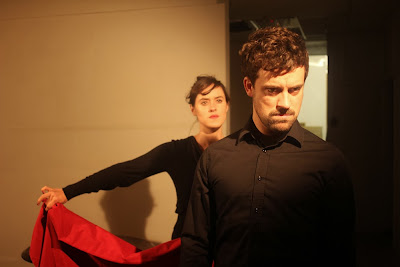 Rehearsals for The Life After - the full version on the main stage at Bristol Old Vic with over 100 young people - are underway. As an antidote to working with that many people I decided to direct a short show with two characters for Theatre Uncut Festival in Bristol. Uncut is a political theatre festival where writers from around the world write brand new scripts about current and relevant issues and theatre makers put on the shows in venues internationally. This article explains more about Theatre Uncut Bristol.

I read through the various scripts and chose a piece called Yesterday by Spanish writer Helena Tornero. The piece is a deceptively simple two-hander about a woman who sees her lover, a Spanish Police Officer, dressed as a civilian instigating violence at the 2011 Barcelona riots so the Police can take a harsher line with protestors. The script is based on actual events and the economic yet passionate dialogue presented some interesting theatrical options. 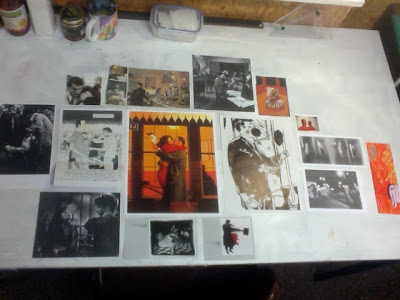 I started research by reading articles about the riots and, as with most projects, gathered visual reference to inform my thinking. I got really into the imagery I found, police vs protestors, blood, sand, anger, confusion. I pulled together a bunch of images that felt relevant to the world of the show and hit on the concept of staging the lover's tense confrontation as a bull fight.

Jessica Macdonald and Russell Hancock, two really brilliant Bristol-based performers, agreed to perform in the piece and rehearsals took place in the form of three short sessions in the week leading up to the show. We did various physical exercises in these sessions, some to explore the characters, some to physicalise the tension of the lovers and we looked at videos of bull fighting to inform the choreography of the piece. 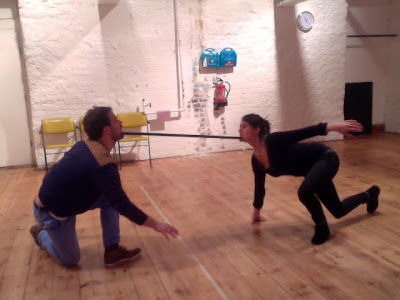 Yesterday, along with a few other Uncut pieces, played at The Parlour Showrooms which is a great pop up venue in the centre of Bristol to a packed audience. It was great to make something short and quick and tackle a more naturalistic text in a playful way. 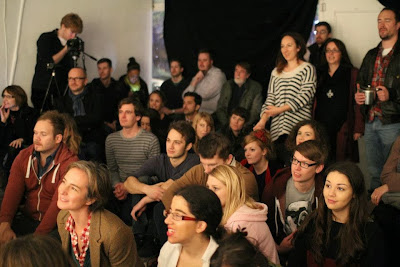 Audience at The Parlour Showrooms 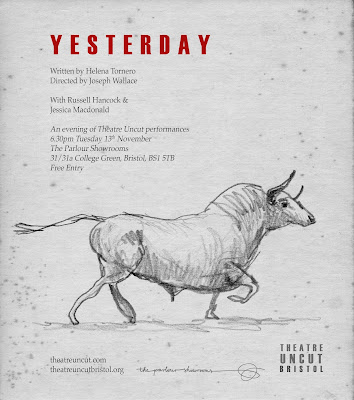 I'm working on about eight projects at the moment. One of them is called Death and Treason, Rhyme and Reason and is an adult nursery rhyme musical show performing at Bristol Old Vic in December. The music is sounding gorgeous, you can keep up to date with the project on their Facebook page. I am making a series of large scale paintings for the show and doing some design work. You can book tickets here.
Posted by Joseph Wallace at 11/14/2012 0 comments