Myself and visual artist Becca Rose decided it would be nice to make an animated film to send out to friends an colleagues as an alternative Christmas card. I'd been away from animation for a while so it was great fun to make another short. The film is low-fi, playful and silly and very Christmassy (it even has snow). Click on the still below to watch the film.


Star of Wonder from Joseph Wallace on Vimeo.

We wanted to make something immediate and simple and I saw the project almost as an extension of my 2007 short Showdown at Yohoko Valley. I started by sketching out a really quick storyboard illustrating the main beats of the story. I then scanned these in and made a rough animatic to work out timing but I didn't want to let this dictate the shoot too much as there are always new options presented whilst animating. 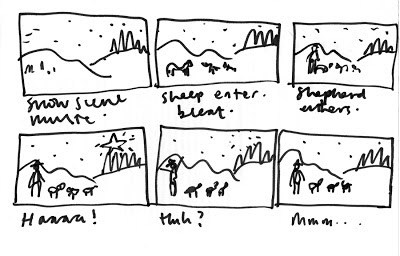 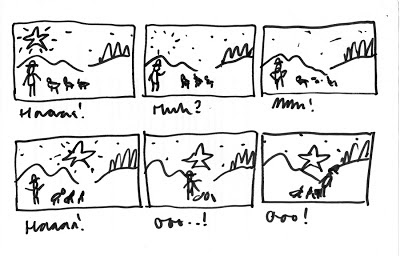 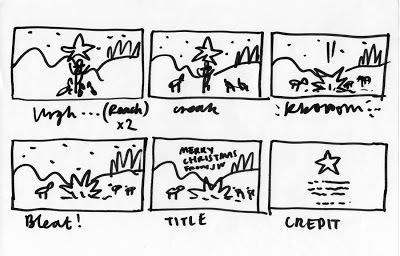 We sourced and borrowed the toys from various people and made the set really quickly from cardboard, fabric and paper. We shot the film in one day in Becca's studio using basic posable lamps and shot on my Canon 60d with the brilliant Dragonframe. Here are some photos of the process: 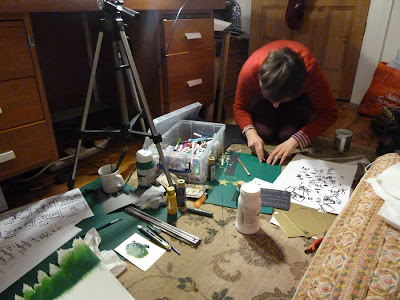 Becca Rose cutting out tiny letter for the credits 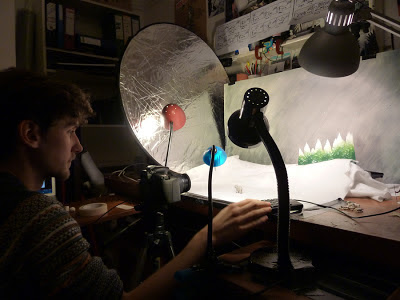 Me animating the sheep 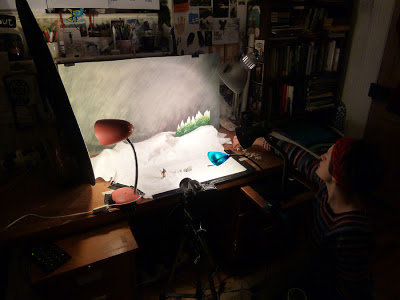 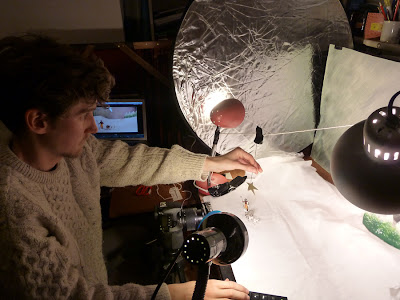 Making the star appear above the shepherd on some very stable string rigging.. 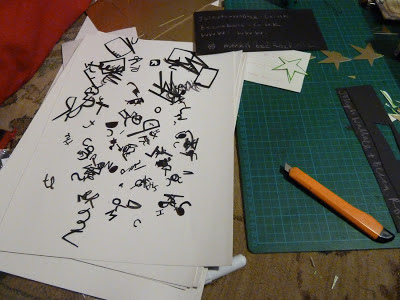 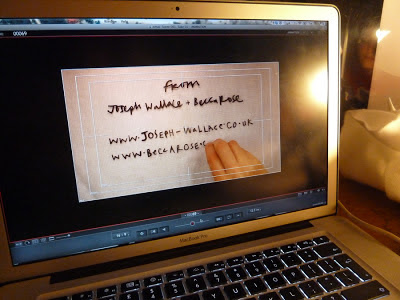 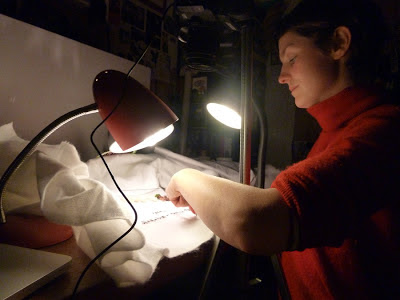 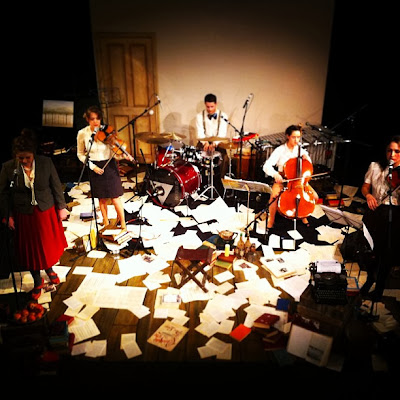 We have just finished Death and Treason Rhyme and Reason a theatrical gig at Bristol Old Vic. The show, led by my wonderful collaborator Elizabeth Westcott, looked at the origins and historical contexts of nursery rhymes. After playing to enchanted audiences, the gang had a lot of great feedback. I think there are exciting possibilities in store for the future.

I worked on the show as Set and Costume Designer and created a dusty sprawling installation on top of Madeline Girling's excellent set for Hey Diddle Diddle. I also made a series of paintings which accompanied the different sets of songs in the show. We spent lots of development time talking through historical and thematic influences on nursery rhymes and I created the paintings based on that research as well as listening to the amazing music the performers created. 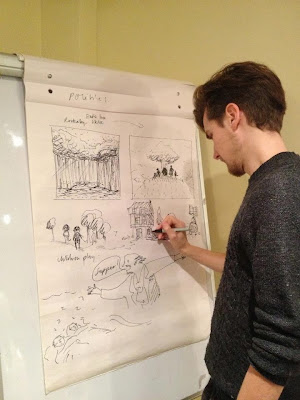 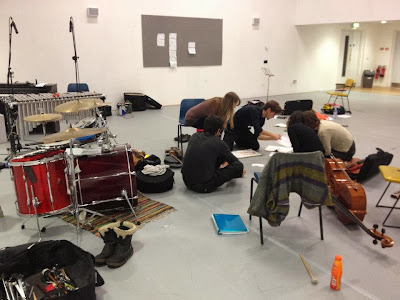 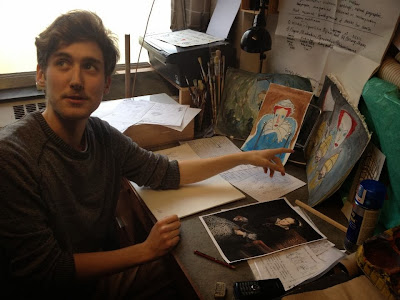 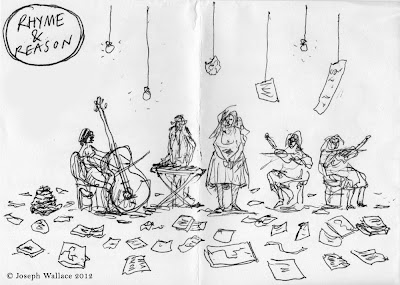 Working out the feeling and scenography

Rehearsing one of the songs from the show

I had a great time working with this bunch and bringing together illustration, visual theatre and design to . Check out the Venue review and the Bristol Post review. 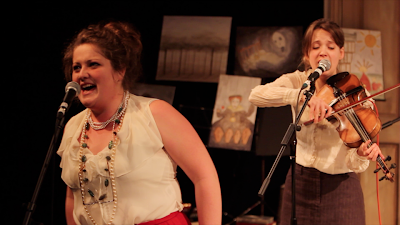 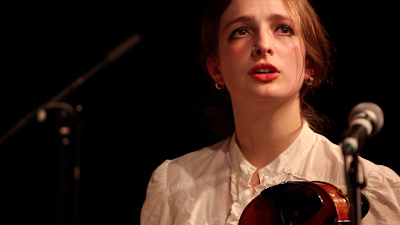 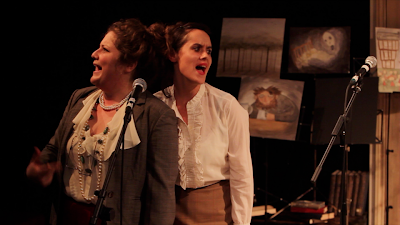 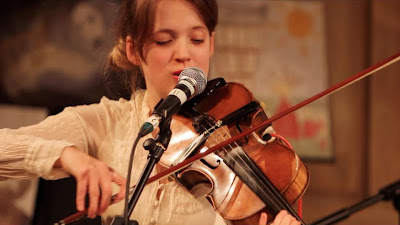 And here are some of the paintings I created which appeared in the show: 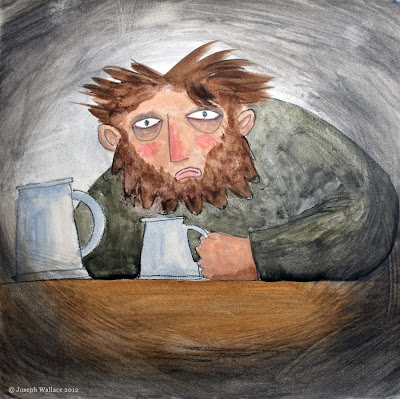 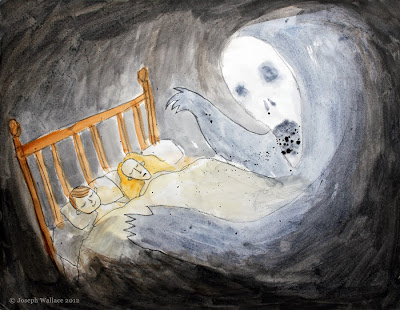 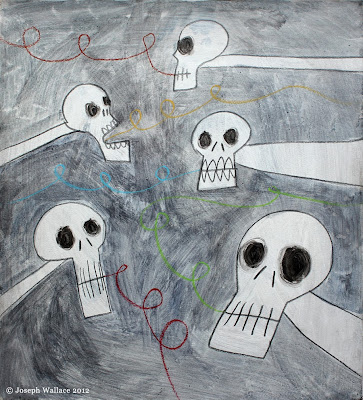