The Life After Prelude Performance 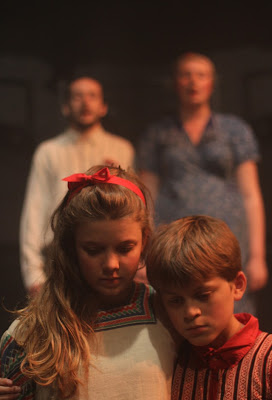 The Life After performed at the Bristol Old Vic Studio from 2 - 4 August to a sold out house. The show had originally been scheduled to play in BOV's theatre royal but due to delays in the restoration work the main stage wasn't ready so the 'prelude performance' took place on the same dates in the studio and the main house version which will feature a cast of over a hundered young people will take place in February.

The 50-strong cast supported by the rest of the Bristol Old Vic Young Company did a fine job and the hard work of the creative team paid off. Below is what I wrote for the programme.


This show has always been epic in subject matter and ambition. We began with the question ‘where do we go when we die?’ and the responses from Young Company members aged 6-25 were varied and moving. From that point, through research and development, our weekly sessions with 300 young people from around Bristol, regular rehearsals and a rather rainy fundraiser showing, we’ve come a long way to present you with the prelude performance. 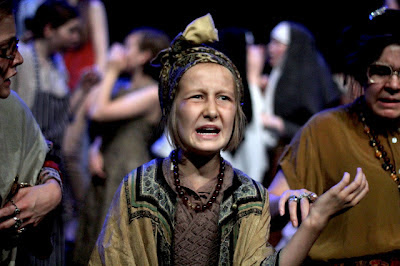 When Miranda and I first started work on the project, our aim was to make something that celebrated the Young Company as well as this gorgeous theatre. Both have been here for a long time and both are ever changing and evolving. The team of professionals who work with the Young Company expect a great deal from these new theatre makers and they have risen to the challenge in devising and producing a piece of work that they own and of which we are all proud.

Of course this isn’t quite the end of our journey and in February, joined by nearly a hundred more performers, we will present The Life After in the Theatre in its final incarnation. I hope you enjoy the show. 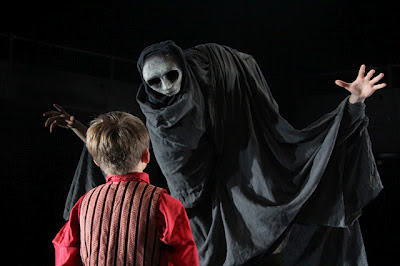 We recieved an 8/10 review in the Bristol Post, here are a couple of quotes:

"There's a humour and boisterousness to The Life After that's easy to like... hugely promising, certainly not something to be missed come February."

You can book tickets for February's full production of The Life After here. Production photography by Chris Collier. 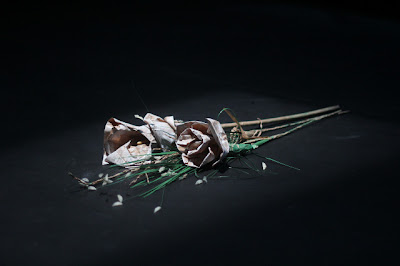