We Weren't The First Ones Here 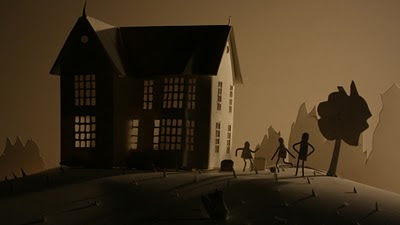 An old house holds memories and stories of its past inhabitants

A film I made last year with a great team at Newport Film School has been nominated for an award at Ffresh Festival in Wales. The team were: Kate Broadhurst, Emma-Rose Dade, Helen Dallat and Daisy Gould with music by Mr Jack Vaughan. Vocal talents: Catherine McKinnon, Adam Peck, Edith Woolley.
The film is being screened in the same programme as a couple of friends of mine, Ben Cady and Luiz Lafayette Stockler. For screening details go here.
Posted by Joseph Wallace at 1/18/2011 2 comments

A Great Big Picture of You

Back in November five illustrators, including myself, took part in a project called A Great Big Picture of You. The piece was devised by a long-term collaborator of mine Chris Gylee, along with Kate Yedigaroff from Bristol Ferment, and was conceived for Bristol Jam festival of improvisation at the Bristol Old Vic theatre.

Illustration projects Chris and I have worked on in the past have followed rule-based systems to allow for peculiar creative occurrences and this project elaborated on similar concerns.

The Process: Twenty-five disposable cameras were given out to various people all around the city of Bristol and they were encouraged to fill the camera with whatever they wanted. The photos were developed and displayed ready for us illustrators who came in on the last day of the festival having not seen the photos until then. Armed with a photocopier and two colours of paint, our aim was to make an 8ft by 12ft collaborative illustration piece in response to the photographs and we had from dusk till dawn. The results can be seen below. 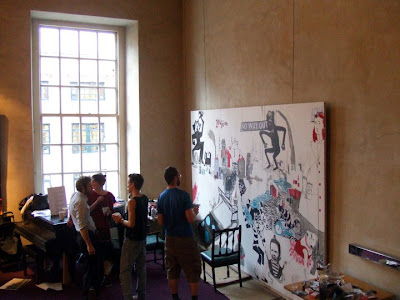 The piece in progress 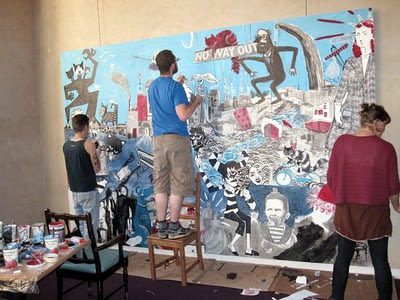 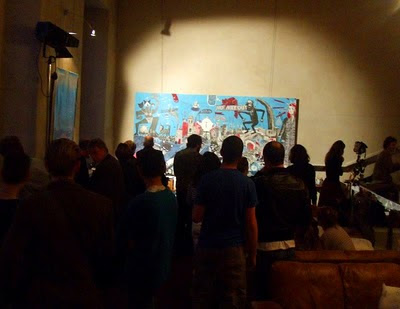 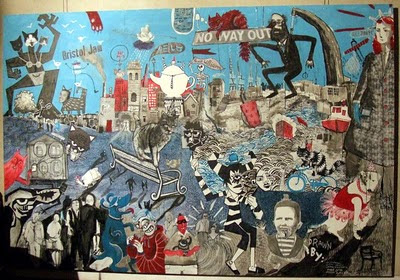 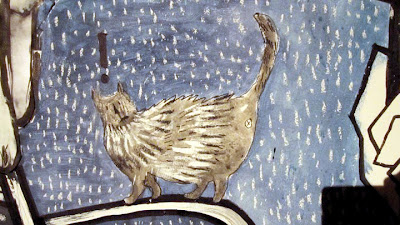 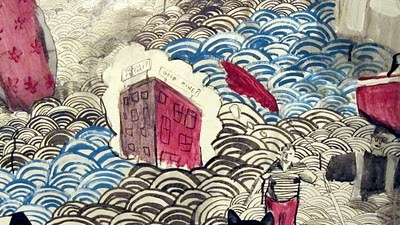 detail
For more info on the project click here.