As we creep into May I'm coming to the end of some small projects and starting new big ones. In April I helped devise and performed in a scratch performance of Project Moon, by my long term collaborator Chris Collier (Artistic Director of the Wardrobe Theatre) and The Original Spinners clown dance troupe led by the brilliant Rachael Smith-James with fab music by Verity Standen. There were no photos from the show but here's an image by Becca Rose who helped with the shadow puppetry. 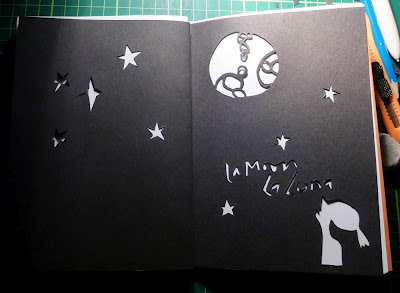 I also shot a live-action film called The Watchmaker with Chris Collier which will be online soon. At the moment I'm working on album artwork for composer Kit Wilson and am developing an animated music video for a Bristol band. Yesterday was the first rehearsal of The Life After, the new show by the Bristol Old Vic Young Company which I am directing with Miranda Cromwell. We have a great team of around 20 creatives and a full cast of 100 young people. The show will take place on the main stage at Bristol Old Vic in August and is my directorial debut on that stage. More images and details about the live-action film and The Life After soon. In the meantime here's a fox I drew based on a poem by Emma Ward. 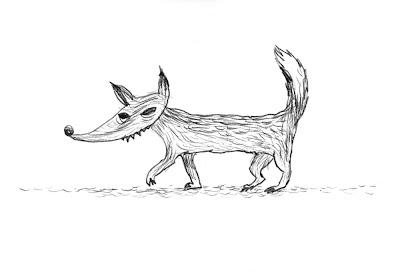