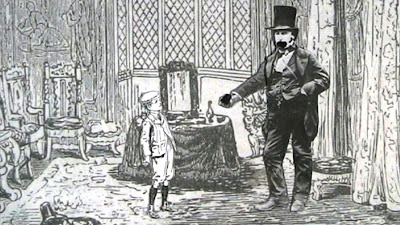 I've been gradually archiving all my work onto vimeo and The Life and Death of Isambard Kingdom Brunel was recently featured on a really great blog called kuriositas run by R J Evans. Check out the Brunel post here
Posted by Joseph Wallace at 7/22/2011 0 comments

I've just got back from London where I was selected to exhibit work at the Skillset Soho Showcase. This was a day of talks, meetings and presentations aimed at bringing together industry with new talent. Various schools had stands with work on display and it was a great opportunity to try and break into the London network. I met a few really useful people and the calibre of guests was great although there was a large emphasis on CG / compositing / VFX work so not many relevant companies for the kind of work I make. 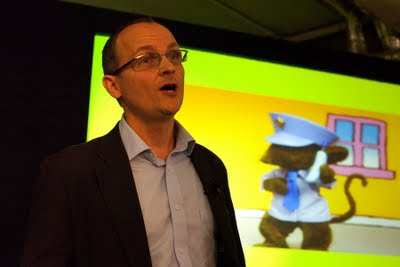 Greg Boardman of Three Stones Media talking about the making of Rastamouse
There were a few good talks including Greg Boardman talking about producing Rastamouse, a very home-grown children's show made in the UK and one of the only stop-motion series being produced at the moment. The animation was done by Dynamo in Cardiff and a few friends of mine worked on the project. Interestingly one of the main creatives on the show was Derek Mogford who trained with the great Ivor Wood and was animator on Charlie Chalk, Bertha and Gran and he bought a charming nostalgic feel to the show.
Christian De Vita, lead storyboard artist on Fantastic Mr Fox talked through the process of boarding the film with Wes Andersen. He's just finished pre-production on Tim Burton's Frankenweenie and is about to head to Paris in September to direct a children's series for Nickelodeon. 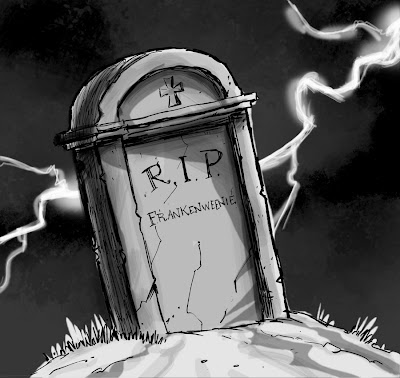 One of Christian's sketches for Tim Burton's Frankenweenie
© Christian De Vita / Burning Windmill Productions
Nag Vladermersky of the London International Animation Festival did a presentation about the festival, its history and development and the kind of work they champion. He screened three films which demonstrated the variation of the films they show including A Morning Stroll, Studio AKA's recent bizarrely brilliant short. He then went on to chat with Chris Shepherd director of the now dormant Slinky Pics about a career in which he's balanced commercial and artistic work which was very entertaining.


After the talks and seminars (and a nice lunch) there was a speed-networking session which was a chance for students to share their work with industry, make connections and talk about the next step. 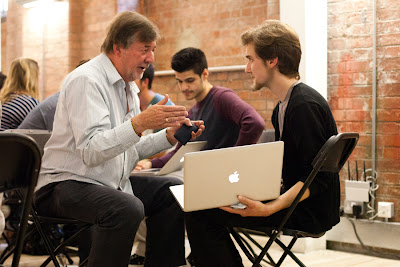 Me with producer Mick Foley discussing career options...
Lots of the London animation network came along to look around the exhibits and talk to students. Much chatting and exchanging of business cards all helped along by the bar, sponsored by Adobe! Check out skillset's write up of the day here 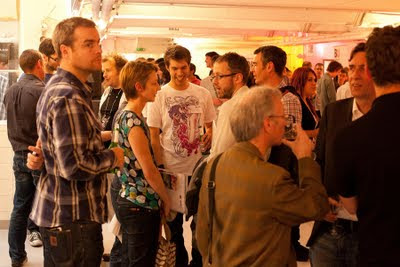 Guests and graduates have a drink at the Vinyl Factory in Soho, London
All images of the event from the Skillset Flickr album here
Posted by Joseph Wallace at 7/15/2011 0 comments

Show Me The Animation

My graduation film The Man Who Was Afraid of Falling was screened at Show Me The Animation: New Talent Showcase on Tuesday in Bristol. It was a night of selected films from Newport, Falmouth, Bournemouth, UWE and the NFTS. I've been to a few of the Show Me The Animation Screenings over the past few years which are run by Vicky Brophy (of Wonky) and producer Helen Brunsdon and they're a really great chance to unite the Bristol animation scene. 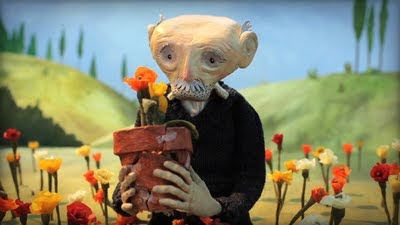 The Man Who Was Afraid of Falling (2011) © Joseph Wallace
At this particular screening I met Derek Hayes who is a big figure in the UK animation scene. He directed The Miracle Maker, a touching and brilliantly animated feature about the story of Christ told through the eyes of a young girl. I wrote about the film in my dissertation The Performativity of Dolls: Puppets in Animation and Theatre in regard to the naturalistic style and the way the puppets were very much actors. The puppet animation in the film was done by the brilliant Christmas Films in Moscow, Russia, a company with a very theatrical feel to their work which includes Shakespeare the Animated Tales as well as animated operas. It was fascinating talking to Derek about his route in the animation business and about the working relationship with Christmas Films. 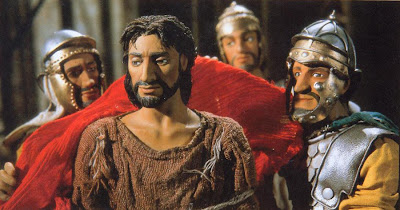 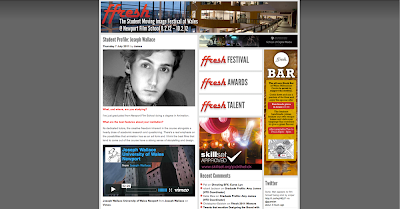 I've just answered some questions for Ffresh Festival - the student moving image festival of Wales. We won the Best Animation award at Ffresh last year for We Weren't The First Ones Here and they recently did a lovely write up of the Animation Newport 2011 graduation show here.
I wrote a bit about my work and the animation course at Newport for a profile on their Ffresh Talent page. Check out the profile here.
Posted by Joseph Wallace at 7/07/2011 0 comments