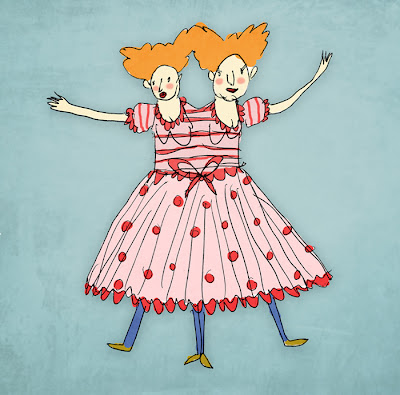 The siamese twins of the Green Meadows Circuis, Ohio, USA
Posted by Joseph Wallace at 3/15/2011 0 comments

The prolific animator Tim Allen recently visited Newport to do film surgery sessions and a talk. Tim's credits are as varied as they are extensive, from Disney's The Lion King to Tim Burton's Corpse Bride. He works predominantly in stop-motion and has worked on all sorts from commercials to series and features, most recently as a character animator on Wes Anderson's Fantastic Mr Fox.

Tim Allen inspecting a puppet with 3rd year stop-motion students at Newport
Tim joined us for a morning seminar where he went talked through our graduation films and gave excellent feedback on character performance, timing and readability of the images which was really useful at this stage. He had a great approach and genuinely seemed to care about the work and gave a really effective commentary on the films. 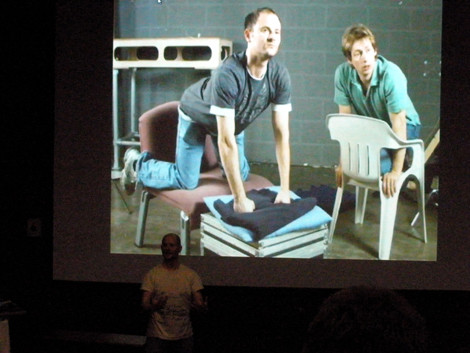 Tim discussing LAV (live-action video) with Tim and Merlin Crossingham on screen acting out goats for 'Creature Comforts USA' by Aardman
Later in the day he did a talk to a packed-out auditorium in the new city centre campus in Newport which included talking through various projects in detail; the practicalities of animating, the differences between shorts and features, problem solving, acting and performance. A really inspiring day with a brilliant animator and all round nice guy!

For information and visuals on my graduation film, see the blog here...
www.themanwhowasafraidoffalling.com
Posted by Joseph Wallace at 3/08/2011 1 comments

We Weren't The First Ones Here was selected to be screened in a 7 week long exhibition of Newport Animation at the Newport Art Gallery. This exhibition marks the arrival of the new city centre campus and the return of the Film School to central Newport. The article below talks about our involvement in the exhibition and our Ffresh win. 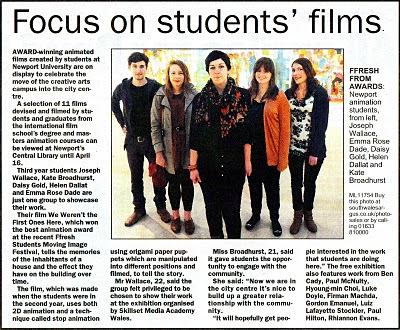